For the uninspired woman: After having a private conversation with the girls, I came to the conclusion that women who enjoy giving head find it empowering.

Are you an uninspired female that hates the thought of sucking a man’s penis?

Girl, if you don’t feel empowered whilst giving head then why are you doing it ??

Articles about sex uploaded every Thursday

Women have often been portrayed in a derogatory way in regards to oral sex. The female character is  normally a vulnerable woman going down on a superior man. We fail to see images of a strong women and women in general being pleased in the same manner without her having an agenda. Pornography plays a huge part in objectify women and creating false ideals of what women should be like during sex, what they should look like during sex . There are not enough diverse sexual relationships being displayed. People mimic and accept the idea of what women should be like and run with it.

Were you the girl in school who was heavily slut shamed by your peers, due to the rumour or fact that you were having oral sex with one or multiple guys?

Or maybe you were the girl who was constantly judging and slut shaming those types of girls ?

Either way, I don’t condone young girls sucking dick or having sex. Mainly because I think you have to be emotionally mature enough to handle the consequences, the addiction and the feel good feelings that come with having sex. Sex isn’t just about you, it’s about your partner and if you can’t trust the guy you’re having sex with to keep his mouth shut about your sex life then his not worth it.

The greatest thing about growing up is that your crazy, unbalanced hormones and it’s the end of the world type of attitude eventually matures. You learn to experiment and appreciate sex in all it’s entirety.

How does this effect us ?

It affects us because even as adults oral sex is still a taboo subject. Men and women would rather express the pleasures of receiving oral sex than talking about how pleasing it is to give oral sex.

Be inspired to give great head 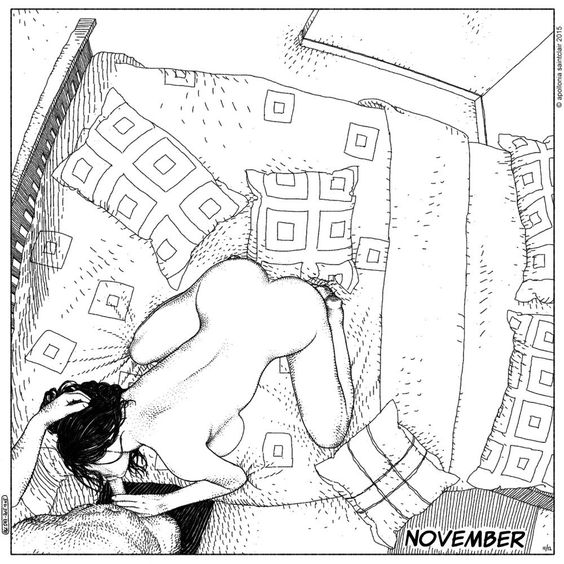 Before I give you inspirational advice and tell you how you can turn your tedious situation into an empowering event lol. I have to be honest. There are  annoying aspects that will put any girl off.

Below are some annoying moments that you may be able to relate to.

With the above being said no wonder why you’re struggling! Communication is key! Be open and honest about what you will and won’t put up with.

Note: You should never force yourself to do something sexual.

It’s all about intent

In order to execute a task to the best of your ability, you must have the right intentions. You won’t enjoy the journey or experience if your heads not in it. In this case your intent it to please your partner, to be better than his exs, to be memorable and to enjoy it.

Note: Some Men don’t enjoy or entertain the thought of licking a vagina so guess what? They dont do it.

Uninspired woman: His not an expressive guy so how can I tell when his getting bored ?

Switch it up, add more saliva, listen for responses, trust the intensity that you’re building and don’t be afraid to ask. Communication is everything and if you feel like you’re doing a terrible job then ask !

Dont be insecure and say

Girl if he says it feels good carry on, if his not impressed switch it up, ask him how he likes it and if all fails and you feel discouraged bring the attention back to you for a bit.

Note: You should never force yourself to do something sexual

There is something empowering about the stance of man when he assumes the position. It’s a stance that represents power and control yet the mini secret is: you have all the control. It’s like a mind game and a battle of dominance. He may grab your head and take control but the true strength is in you! At any time your teeth could hit his penis and that’s would be a wrap.  One explicit deep throat  from you and he’ll lose his mind!. It’s empowering to be submissive yet in control.

Below are response from women as to why they love being sexually dominated.

“I want his sperm inside me, I feel connected to him, I want to be his queen. I just want to submit to him”  – Anonymous, 25

“I’m a feminist in the streets but a submissive in the sheets – and I don’t think there’s any inherent contradiction there. I like to be manhandled, mastered and degraded – but only with someone I trust. It’s a bonding experience – yeah, yeah, I heard it.” –Anonymous, 20

“Nothing brings my boyfriend and I together like power play. The other day he tied me to his bed, legs spread wide, while he went to run errands. It made me so wet knowing that he was out there thinking of me tied up back home, that by the time he finally returned and started fucking me, I came instantly.” -Anonymous, 23

“I love getting cummed on or in. Why? No idea. But I honestly fantasize about bukakke. If I knew it would be safe, I’d probably do it at least once.” –Anonymous, 25

(Some of the quotes are from Thought catalogue article)

Note: You should never force yourself to do something sexual

UNINSPIRED WOMEN IT’S TIME TO GET INTERACTIVE. WHAT ARE YOUR THOUGHTS?

We want all our dedicated readers to be inspired by the Wonita Christine movement. Mondays: Be inspired, Tuesdays: Health, Thursday: Sex, Friday: Relationships. Stay tuned and don’t forget to subscribe.